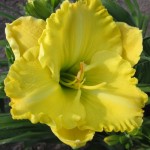 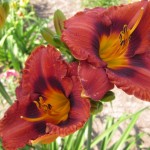 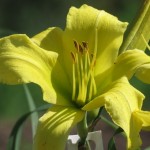 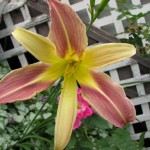 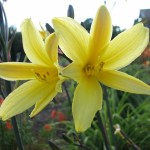 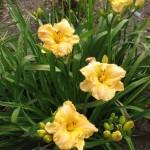 The winter of 2013-2014 led to the selection of a few super hardy daylilies for zone 3.  No tree, snow, or mulch protection -30C plus windchill.  All that was left in the open were these six. Winter 2014-2015 should lead to more discoveries as January had 2 weeks of no snow cover and plus temperature.

Karl suggests that when working with our growing conditions, a medium should be considered instead.  Using round straw bales as a snow catch would make a huge difference to chances of a daylily living through winter here. Still it is fun to discover which plants are above the rest when it comes to sheer cold/freeze-thaw hardiness.  He has a point, and I will likely choose some sort of winter protection if anything is to thrive in the open.  At the same time the test for super hardiness in seedlings and cultivars without any winter protection will continue.

There are two that I would consider close to the above in hardiness, but they had other plants near them that may have contributed to a bit of snow catch. 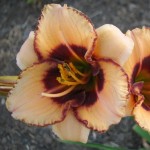 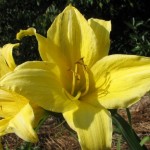